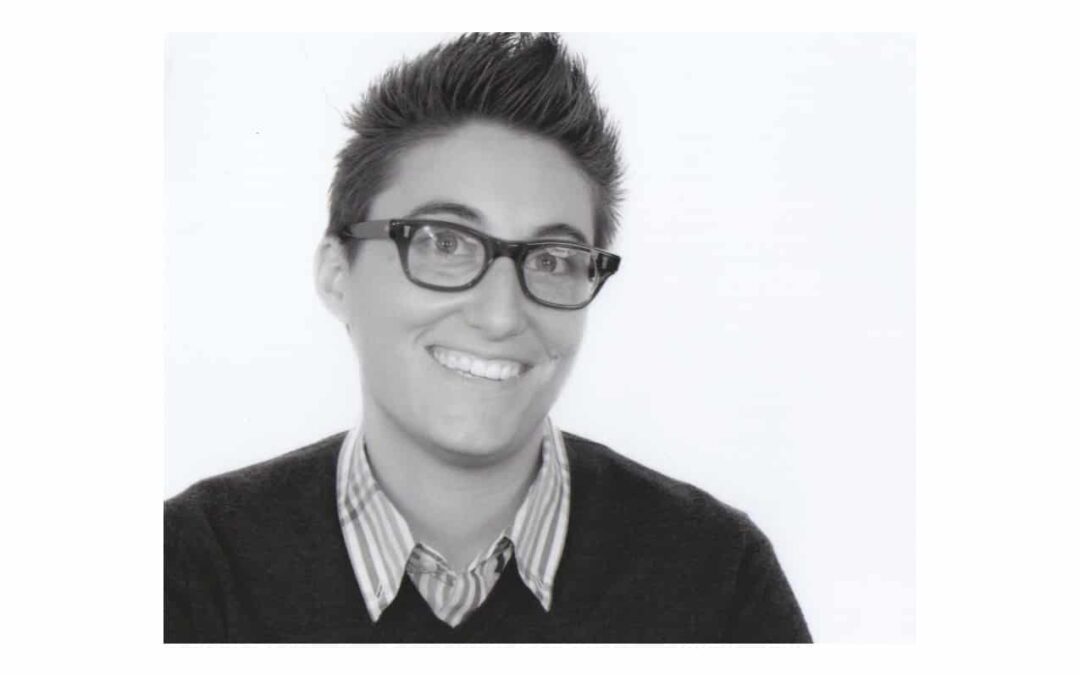 What she does for a living: Co-owner of Fruit World Co., a produce sales company that represents small and mid-size family farmers

When Bianca Kaprielian was growing up, in a deep-rooted Central Valley family, her father, a farmer, urged her not to follow in his footsteps. Kaprielian did her best to oblige.

After attending college in New England, she settled in New York and embarked on a career as a documentary cinematographer.

But farming was often at the forefront of her mind.

“As a filmmaker, the subjects I kept gravitating toward seemed to involve farming or food,” she says.

Since returning to California in 2007,  Kaprielian has immersed herself full-time in agriculture—not as a farmer but as the founder of a sales entity for a handful of small and mid-size farms, bringing the best of the state’s seasonal bounty to local stores and stands.

With citrus season in full swing, Temescal Works caught up with Kaprielian to ask about the evolution of her career, the year-round rhythms of her work, and if she would please clarify this question—what’s the difference between a mandarin and a tangerine?

TW: How far back does your family go in California?

BK: My great-grandfather came over from Armenia during the Armenian genocide and eventually landed in the Fresno area and started farming. I’m fourth-generation, and my family still farms out of our home base in Reedley.

TW: What crops does your family grow?

BK: Originally it was stone fruit— peaches, plums, nectarines, as well as table and raisin grapes. But around 20 years ago, my dad saw the writing on the wall. He saw that the stone fruit market was starting to falter and consumer demand was starting to drop. So he traveled all around—to Spain, South Africa, Israel and beyond—and when he came back he started a mandarin breeding program. He has nursery, which is one of the places I worked when I was growing up. At this point, that’s what my family grows—-mandarins, a little bit of oranges, a little bit of lemons.

TW: Did you consider becoming a farmer yourself?

BK: Though I grew up farming, I was always told, â€˜don’t be a farmer. It’s too hard.’ I think my dad didn’t want to be farmer but it’s what he and his siblings wound up doing, and he’s good at it. He bought his first ranch when he was 17. He probably should have been an engineer because that’s what he’s passionate about, but he’s a great farmer so that’s what he’s done. But I think his view was always, â€˜I’ve done well, but I don’t want my kids to have to do this.’ He wanted us to explore. He had a rule that we had to go to college at three hours driving distance from home. He was like, â€˜Go do something else. Follow your dreams.’

BK: So where did your dreams take you?

TW: I went to Smith College, in Massachusetts, and then moved to New York and started working as a cinematographer. But as a filmmaker, the subjects I kept gravitating toward involved farming and food. When I moved back to the Bay Area, it was hard to make as good of a living in documentary film, and I also realized that I wanted to get back into agriculture. So I became a produce buyer. I started out working for Veritable Vegetable, then Whole Foods.

TW: And from there you hung out your own shingle?

BK: We started Fruit World Co. about two years ago. I had been thinking about how I could be a part of my family’s farming business and continue our agricultural heritage into future generations.  One day I received a call from my dad saying that the large marketing company that was selling/marketing the family’s fruit had decided to pull out of the California citrus deal. It was a great opportunity – a big opportunity – so I started up my own sales/marketing company with the help of my friend and brother-from-another-mother C.J. (who has a similar family farming background).  It’s been so important because we’ve had each other to lean on. I can’t emphasize that enough. If you’re starting a business, find someone to start it with. At some point, you’re going to want to go on vacation.

BK: I wish I had an average day. It would allow me to plan better. But I’ll give you an average week. We work with my family farms, my business partner’s farms and a handful of other growers. Primarily, we’re in the San Joaquin Valley, but we also represent a grower in Ventura County. So in any given week, I’m usually in the Central Valley for one night and then I can fly to Venture County for a day if needed. The morning is reserved for sales. I start  calling customers around 5am to sell fruit, then communicate with the harvest crew, packing houses and trucking companies to get all the logistics worked out. It can be pretty time consuming. In produce we still use telephones and faxes. By  10 a.m. or 11 a.m., I can usually wrap that up and start with all the other stuff that comes with running a business. Working with our packaging designer to create a new mandarin bag, walking the mandarin blocks to determine what block we’ll pick next, showing/sampling our fruit at the cold storage to prospective buyers, signing checks to get the bills paid.

TW: Speaking of mandarins, when we were kids, weren’t they tangerines? What’s the difference?

BK: I would say that now the umbrella term is just mandarin. People don’t really use the term tangerine. Sometimes people say clementine, but clementines are just one mandarin variety.

TW: When did the term â€˜tangerine’ go out of fashion?

BK: Tangerines are a type of mandarin, originating from Tangier, Morocco. I don’t know that the term tangerine went out of fashion, but most mandarins you see on the market now are clementine and satsuma varieties. The mandarins that people know as Cuties are clementine varieties. You don’t really see tangerines grown much anymore because on the mandarin spectrum, they are less sweet and harder to peel.

TW: You mentioned Cuties. It seemed like one day, we woke up and they were everywhere. Do you and your family have any fun names for fruit that you’ve been able to been able to carve out a place for in the marketplace?

BK: We are about to launch a brand called Winks that has a cute winking mandarin as the mascot.

TW: I remember reading a book on oranges by John McPhee and I was surprised to learn that oranges turn green at night, and that a green orange is not necessarily bad to eat?

BK: That’s true. But consumers will not buy an orange that’s not orange. We’ve had customers reject truckloads of products because it’s not orange enough. That green has no bearing on the flavor. But it doesn’t sell. So at the start of the season (October – November) when the nights have not been cold enough to bring on the orange color, citrus gets de-greened. It’s like the banana-ripening process. They’ll put the citrus in a room with high humidity, stable temperatures in the 70s and ethylene gas, the same gas that’s used to ripen bananas. It gets the oranges to color in four to five days. As the season progresses, usually by early December, fruit doesn’t have to be de-greened.

TW: That’s interesting. Any other citrus fun-facts you can share?

BK: Lots. Hmmm. Here’s something else. Rain and a lot of water will wash out the acid in fruit, so we don’t ever pick in the first few days after a rain because the sugars will be there but there will be no acid, so the flavors aren’t balanced.

TW: Is that what has happened to the grapefruit of my youth? They used to be tart. Now there’s so sweet.

BK: To be honest, I’m not much of a grapefruit person myself. But I definitely notice that with grapes. A lot of grapes today are like sugar water. The generic black, red and green grapes now taste like flat sugar. This is due to breeding. We are breeding new varieties that are super sweet.

TW: Do you have a favorite fruit?

BK: My absolutely favorite is a mandarin we grow called a Clemenules. My grandparents home ranch is on one of the few foothills of the San Joaquin Valley. We named it Sky Ranch for the beautiful views. There is less than two feet of top soil and then granite beneath. And the granite provides high mineral content in the soil. The mandarin we grow there is perfectly balanced. It’s really sweet but has a nice of amount of acid so it tastes bright, not flat and sugary. It’s my favorite fruit in the whole world.